Alejandro, “Alex” is a results driven Biotechnology Engineer who is passionate about innovation and optimization, particularly as a project manager where his high quality standards make him a stand-out professional in validation programs and strategies. Alex considers himself to have an entrepreneurial spirit, which is shown in his willingness to start-up and lead projects and initiatives. Currently he is a Senior Validation Engineer at Grifols Diagnostics Solutions in Emeryville and has over 10 years of experience as a professional engineer. He holds a BS degree from the Technology Institute of Sonora, Mexico and an MS from CIAD (in English: Research Center for Food and Development) in Hermosillo, Sonora, Mexico.

Ricardo is an innovation explorer and product strategist, leading his own consulting practice focused on circular economy products. First in his family to graduate elementary school, Ricardo went on to earn his B.S. in Materials Engineering from Stanford University. He left his doctorate studies in Aeronautics to immerse himself in traditional industries facing disruption. As Program Manager at Out for Undergrad (O4U) he helped launch the University Program, a year-long curriculum to prepare LGBTQI students nationwide prepare to meet with engineering and business industry representatives. His current professional and personal pursuits center around organizations that restructure failed systems by adopting circular economy products and meaningful workflows. As a Fellow in the Niroga Institute, Ricardo is part of a Yoga Teacher Training program working directly with underserved LGBTQI youth in Alameda County as both a Yoga Teacher and professional mentor.

Ana is from Michoacan, Mexico where she lived until 1996 when she came to California. She is the proud mother of Metzli, Alitzel and Erendira. She has worked with the LGBT and immigrant communities through activism. She previously worked as a teacher in rural areas throughout various Mexican regions. She also began a cooperative in 2014, which she ended two years later. She is now in the beginning stages of starting a second coop for childcare in the Bay Area, The Nanny Collective. She has five years of experience as a nanny and has grown very passionate about being a nurturing presence in the lives of children which is what is motivating this next entrepreneurial endeavor. She is Prospera’s fellow and participant. She is involved at Prospera’s board from 2019. 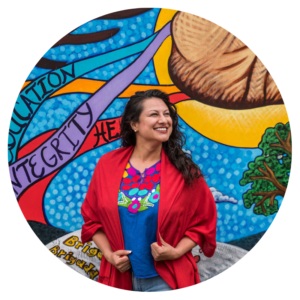 Nancy Rosales is a Bay Area native and a first generation Mexican American whose parents migrated to Watsonville to pick strawberries through the Bracero program. Pepitos Paletas began in 2007 as an ice cream company. The business later transitioned to paletas when Nancy realized that there wasn’t a choice for organic and authentic paletas in the area. She is a vibrant and determined entrepreneur with so much creativity that shines through her product. Nancy aspires to involve many more Latina women in her project to expand the model and be present with paletas in all the corners of the Bay Area. She values authentic traditions and makes sure that every paleta flavor is connected to her Mexican roots. The paletas are all abuelita (grandma) approved! She is Prospera’s fellow and participant. She is involved at Prospera’s board from 2019. 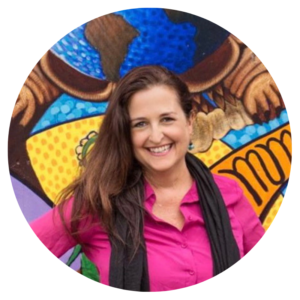 Maria Rogers Pascual joined Prospera “officially” in January 2015. Currently, she is the Co-Executive Director. She has been supporting the organization and affiliate cooperatives as a leadership coach, consultant and trainer since June 2013. Maria brings over 20 years of experience jump starting and running new organizations, leadership development and income generating programs in the U.S and Latin America. She has worked with a wide range of organizations — from community-based groups and social businesses to international organizations and private foundations. Maria is particularly passionate about improving the lives of immigrant communities in the US. As the Executive Director of Partnership for Immigrant Leadership and Action (PILA) from 2003-08, Maria helped build the capacity of diverse immigrant-based organizations in the Bay Area and co-founded Mobilize the Immigrant Vote California Collaborative (MIV). She also served on the board of directors for Mujeres Unidas y Activas for seven years. Prior to that she was the Lead Consultant for The Civic Engagement Project for Children and Families (CEP) a collaborative project linking five foundations, eight local Children and Families Commissions in California, and the University of California. In the early 1990’s Maria helped establish five Greenpeace offices from scratch in Latin America, and was instrumental in creating self-sufficiency programs to enablelocally driven initiatives for environmental sustainability. Maria has an M.A. in Intercultural Communication Studies. She is also a Certified Professional Coach and coach trainer with a focus on developing Spanish language programs for community transformation. She joined at Prospera’s board from 2019.